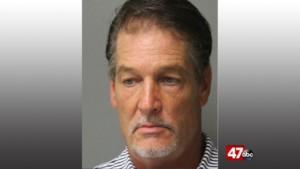 The investigation began back in September 2018, when police received a fraud report in reference to a sales agreement that was made with Midway RV & Sales in Laurel. It was then learned that the owner, 57-year-old William Carey Jr. was taking in consignment used motorhomes and travel trailers and re-selling them.

Police say Carey then would take the victim’s money to purchase the consigned motorhomes and travel trailers without paying off the previous liens. He also submitted falsified sales invoices to banks and the department of motor vehicles.

Along with faking sales invoices, Carey allegedly would offer an extended warranty at an additional charge through a separate vendor. Carey would complete the paperwork, but never submitted it to the warranty company or send in payment to activate the warranty, instead keeping it for himself. Carey falsified the bill of sales to get his purchasers qualified for financing through their local banks on high end motorhomes.

Carey was taken into custody at his business on Thursday and was charged with four counts of theft by false pretense over $1,500, offering false instrument for filing, 15 counts of falsifying business records, defrauding secured creditors, and deceptive business practices. He was later released on $25,000 unsecured bond.

The case remains under investigation, and anyone who thinks they were a victim of this crime is asked to contact Detective Shockley at 302-856-5850 or Delaware Crime Stoppers at 1-800-TIP-3333.