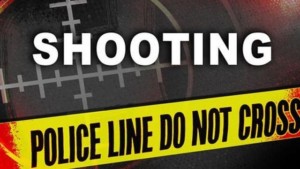 DOVER, Del. – Police are trying to find whoever pulled the trigger in an early Sunday morning shooting that injured a woman.

According to officials, the incident happened in the unit block of S. New Street. Police responded around 2:45 a.m. for a report of “several shots fired”. A 26-year-old woman was found at the scene, suffering from a graze wound to her lower body. She was brought to a nearby hospital, treated and released.

Officers found several shell casings at the scene and they say at least two houses were hit by bullets. No other injuries were reported.

The investigation is ongoing and anyone with information is asked to contact the Dover Police Department at 302-736-7130. Callers may remain anonymous. Tips may also be submitted to law enforcement through Delaware Crime Stoppers at 800-TIP-3333 or online. A cash reward of up to $1,000 is possible for information leading to an arrest.

The Latest: NY state workers must be vaccinated by Labor Day