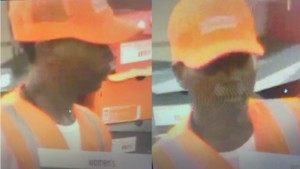 According to officials, a man walked into Marshall’s, at 18578 Coastal Highway near the Tanger Outlets, around 4:51 p.m. The man reportedly put items in a bag and was walking out when an employee confronted him. But police say the man shoved the employee and got into the backseat of a Chrysler 300 car, driven by an unknown person. The Marshall’s employee was not injured. 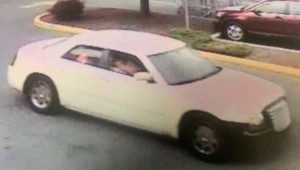 The suspect is described as a black male, with an average build and light facial hair on his chin. The suspect was wearing an orange vest, a hat that said “STANLEY”, blue jeans along with gray and white sneakers.

Anyone with information about the suspect is asked to contact Cpl. M. Hawk at Troop 7 by calling 302-644-5020. Information may also be provided by calling Delaware crime stoppers at 1-800-TIP-3333 or via the internet here.