Police: Fugitive arrested in Lewes, selling drugs out of home 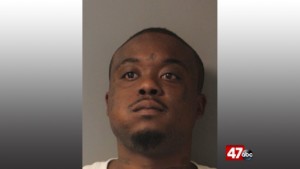 LEWES, Del. – Delaware State Police say a Florida fugitive was arrested in Lewes after he was found selling drugs out of a home.

Investigators learned that Rashad Sharp, who was wanted by three Florida law enforcement agencies, was staying at a home in the 22,000 block of Magnolia Drive North. The 28-year-old was taken into custody on Friday. Police say they found found drug paraphernalia with cocaine residue, about 8 grams of cocaine and $140 in suspected drug proceeds.

Sharp was taken to Troop 7 where he was charged with possession of cocaine in a tier 1 quantity, possession with the intent to deliver cocaine, drug paraphernalia and out of state fugitive. Sharp was arraigned before the Justice of the Peace Court and committed to the Sussex Correctional Institute in default of a $9,500.00 cash bond.

China's November exports rise 21.4% over a year ago but growth eases; import growth surges to 31.7%

After The Whistle: WiHi's Jayce Freeman