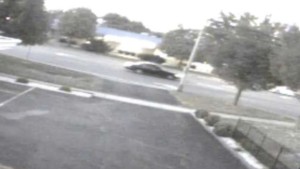 DOVER, Del. – Police are searching for a driver that was reportedly involved in a fatal accident, Friday night.

Officials say the accident happened at 8:48 p.m. at the intersection of eastbound on Route 8/Forrest Avenue, approaching Independence Blvd.

Brandon Pleines was driving a Toyota Rav-4 when witnesses say another car merged into Pleines’ lane, hitting his car on the driver side. That caused the 21-year-old’s car to swerve to the right, hit the curb, roll over several time and then hit a light pole and mailbox.

The suspect then turned off his car’s headlights and fled in an eastbound direction. The suspect’s car is described as a large dark blue or black sedan.

Pleines succumbed to his injuries. The passenger in his car also suffered non life threatening injuries as a result of the crash.

The investigation is ongoing and anyone with information is asked to contact the Dover Police Department at 302-736-7111 and ask for Officer Nicolosi. Callers may remain anonymous. Tips may also be submitted to law enforcement through Delaware Crime Stoppers at 800-TIP-3333 or online at delawarecrimestoppers.com.

A cash reward of up to $1,000 is possible for information leading to an arrest.