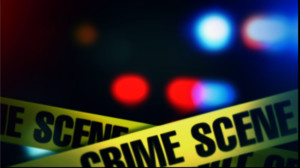 DELAWARE – A high speed chase took place late Wednesday afternoon after a man stole a car from a West Ocean City Park and Ride and headed towards Route 113.

The Worcester County Sheriff’s office says they chased him to the Delaware state line. That’s when the Delaware State Police stepped in to assist their fellow law enforcement. Officials say the man drove recklessly through lawns and businesses to evade police. DSP tells 47ABC, the driver of the stolen car eventually surrendered to police after he drove over a median, along Route 113 just north of Redden Road.

The suspect was taken into custody, no injuries or crashes were reported, and no shots were fired. The Delaware State Police confirm the suspect is being charged with Driving Under the Influence, failure to stop at the command of an officer, a fugitive from another state, among a slew of other traffic charges.

They say more charges are pending. A search warrant is pending in order for police to do a thorough search of the stolen car. This is an active and ongoing investigation.