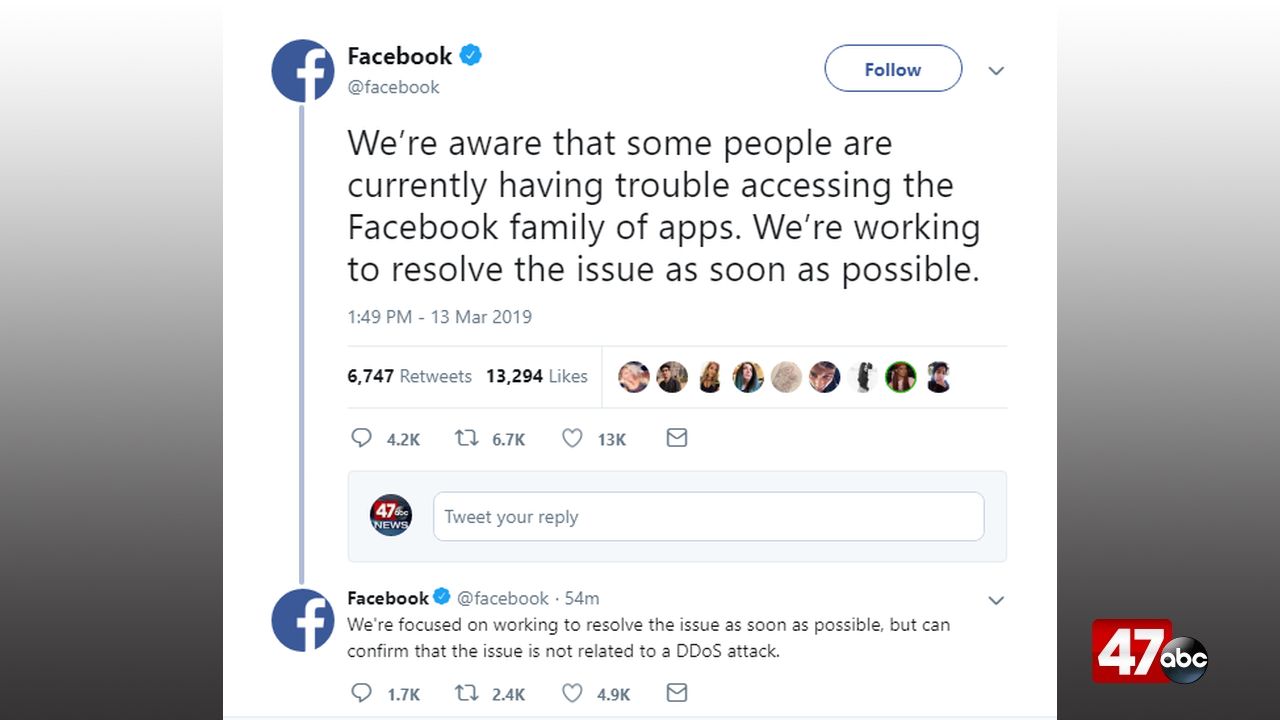 Tuesday afternoon, Facebook’s official Twitter page released a statement about the issue, saying “We are aware that some people are currently having trouble accessing the Facebook family of apps. We’re working to resolve the issue as soon as possible.”

They later added that they “can confirm the issue is not related to a DDoS attack.”