Police: Woman arrested after trying to run someone over with a car 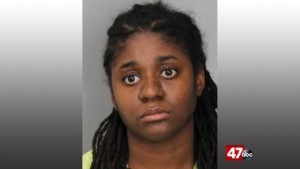 HARBESON, Del. – Police arrested a Delaware woman on New Year’s Eve after she allegedly tried to run over a woman with a car, several times.

Delaware State Police responded to the 28000 block of Harmon Drive, around 8 p.m. Troopers learned that a 40-year-old female victim asked Rachel Holland to leave her house, after the two got into an argument.

The 34-year-old fled the scene but Troopers found her inside her car, stuck in a ditch, not far from Harmon Drive.

Holland was taken into custody without incident and brought back to the Troop where she was charged with four counts of Reckless Endangering First Degree (Felony). She was arraigned before the Justice of the Peace Court 3 and committed to the Delores J. Baylor Women’s Correctional Institution on $10,000.00 secured bond.