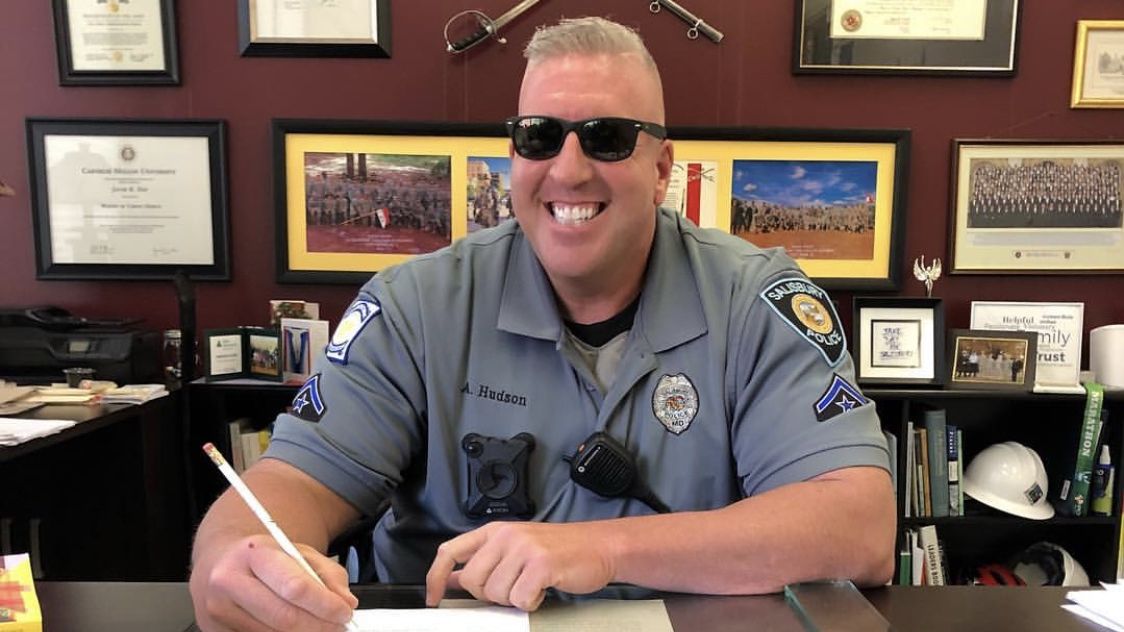 SALISBURY, Md. – The City of Salisbury, the police department and many more are mourning the sudden and unexpected death of Ofc. Aaron “Bull” Hudson.

A 27-year veteran of the force, Bull was more than just a police officer in the community, he was a friend to almost all he met.

Bull was assigned to the downtown area as a bicycle cop and could frequently be seen riding up and down Main Street.

Mayor Jake Day released a statement on the Bull’s death, that reads in part, “From Third Friday to National Night Out to his daily patrol, Bull has been a familiar face within the Salisbury Community who was known for his outgoing personality. He had a charisma that could bring a smile to your face as he brightened the day of all he came into contact with. Officer Hudson embodied the quintessence of what it means to be a public servant as he was more than a government official, he was a liaison helping to strengthen relationships between our community and law enforcement.”

Mayor Day continued to say, “In his honor, the flag of the City of Salisbury will be flown at half-staff until further notice. Furthermore, the City Park fountain will be illuminated in blue for the remainder of 2018 in awareness of suicide prevention and to pay tribute to the life of Salisbury Police Department Master Police Officer Aaron “Bull” Hudson.”

So far no funeral arrangements have been made, but a vigil has been set for Tuesday night from 5-8 at the intersection of Main Street and Division St.