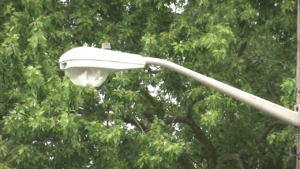 SALISBURY, Md. – The City of Salisbury has recently been awarded a new grant to convert its street lights to LED lights.

According to city officials, this just another step forward in a long-term project to make the city more energy efficient.

The 27,730 dollar grant will help to convert street lights near the Eastern Shore Drive and some residential neighborhoods. City officials said that this is great news for tax-payers because it will help to save nearly 2,000 dollars.

“We have thousands of street lights so this is a long-term project,” said Amanda Pollack, the Director of Infrastructure and Development.

“Every time we can replace lights with LED it brings our electricity costs down,” said Pollack.

According to Pollack, the change of the new street lighting is expected to be completed within the next few years.

DPH tips and resources to navigate the formula supply shortage

Founder of 'The Inspiring Project' preparing for first impact festival, a day of positivity for the community