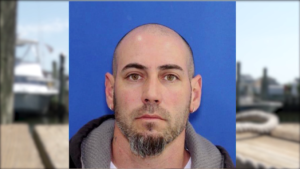 WILLARDS, Md. – A Wicomico County man, who calls himself the ‘OC Shark Hunter’ was charged with guiding fishing trips without a license.  — won’t be there to take them fishing,

43-year-old Nicholas Ager was cited after a two-month investigation of complaints about offers of paid shark fishing excursions on Assateague Island and social media posts.

As part of the investigation, we’re told undercover Maryland Natural Resources police officers booked a trip with the shark hunter for $750 to catch large-shark species from Assateague Island.

If found guilty of these charges, Ager could face up to a year in jail and a fine of $1000.