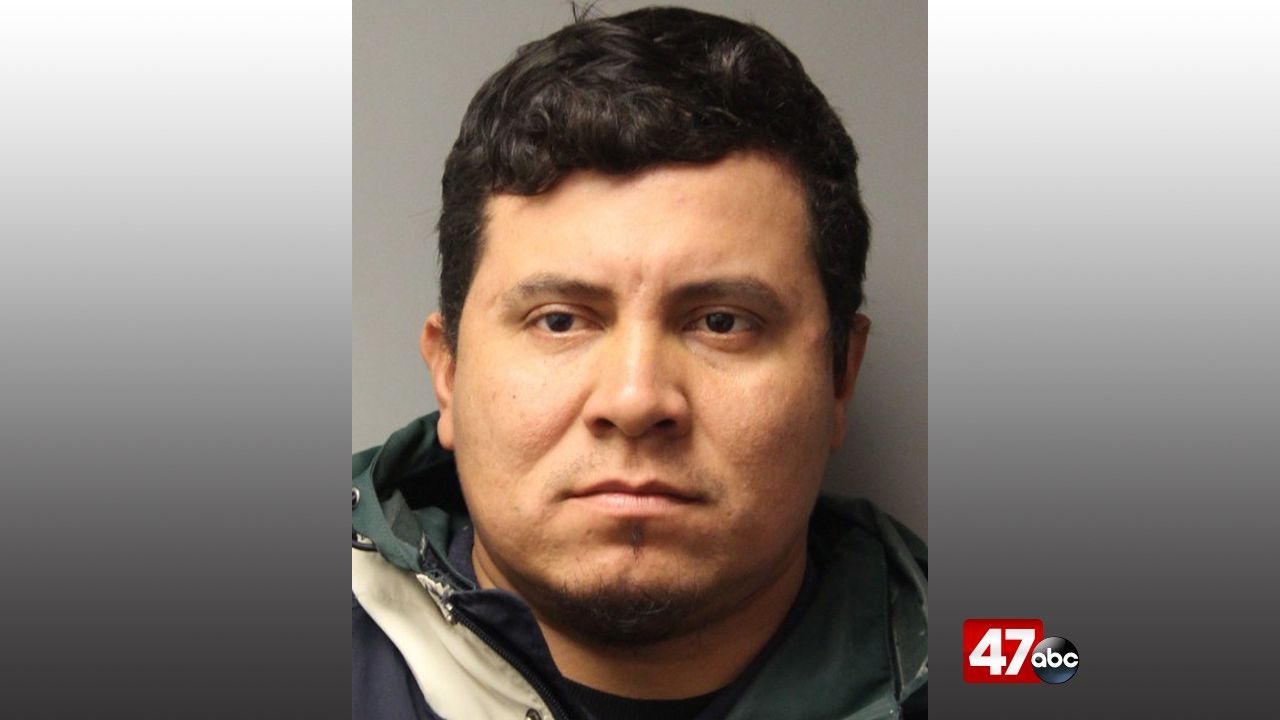 MILTON, Del. – A man was arrested after troopers say he crashed into two vehicles, threatened to kill a law enforcement officer and hit another in Delaware on Thursday afternoon.

Delaware State Police say around 4:50 PM, a trooper noticed a white Ford F-150 driving erratically on southbound Hudson Road, in the area of Cave Neck Road. As the trooper turned his vehicle around to pull over the vehicle, authorities say the truck failed to completely stop at a stop sign and it then crashed into a 2012 Jeep Wrangler. Troopers report that the Jeep was sitting in front of the truck at the intersection.

According to the report, the driver of the truck was identified as 35-year-old Edwin Alarcon and law enforcement noticed the odor of alcohol. DSP reports that the Rehoboth Beach man became disorderly and threatened to kill the law enforcement officer. Authorities say Alarcon then put his vehicle into drive and began heading towards the trooper.

At this time, DSP says the trooper was outside of his vehicle, when Alarcon then struck a second vehicle, a Toyota Prius that was stopped in traffic on Cave Neck Road.

As a result of the second crash, the Toyota Prius then struck the troopers unmarked Chevrolet Tahoe.

According to law enforcement, Alarcon began resisting arrest as troopers tried to remove him from his vehicle. The 35-year-old then reportedly hit a trooper in the face.

Alarcon was arrested and charged with possession of a deadly weapon during the commission of a felony (2 counts), assault 2nd injury to a law enforcement officer, reckless endanger first degree (2 counts), terroristic threatening, criminal mischief (2 counts), resisting arrest, driving a vehicle under the influence of alcohol, and other traffic related offenses.

Officials say the other drivers involved in the crashes were not injured and the law enforcement officer had minor injuries to his face and arm as a result of the incident.

He was turned over to the Sussex Correctional Institution on $32,001 secured bond.