An elderly woman and a passenger were seriously injured after troopers say a crash involving a tractor trailer and two other vehicles happened in Milford.

According to the report, the crash caused the Honda Pilot to be redirected across the grass median of Bay Road into the southbound lanes, where it struck the side of a 2016 Volvo tractor trailer. Police say the tractor trailer was driven by a 62-year-old Seaford man. Officials say this crash resulted the rear axle of the trailer to become displaced. The Honda reportedly rotated counter-clockwise and stopped in the left southbound lane of SR-1. Investigators say the tractor trailer continued southbound dragging the rear axle. 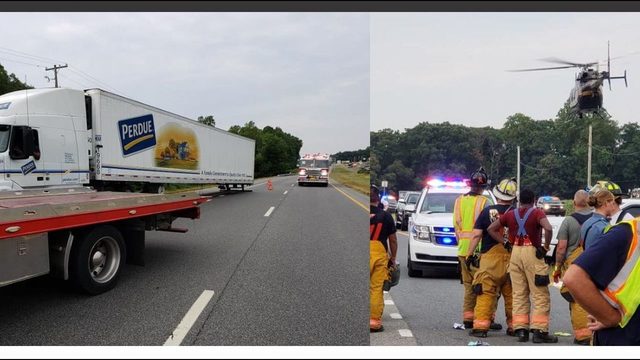 According to authorities, the 16-year-old driver and her passenger were taken to Bayhealth Milford Memorial Hospital with minor injuries. The teen was cited for failure to remain stopped and failure to have insurance identification in possession.

DSP says the 72-year-old driver of the Honda Pilot was taken by Delaware State Police Aviation to the Christiana Hospital with serious injuries. Troopers say one juvenile passenger was flown to to the AI-DuPont Hospital for serious injuries. 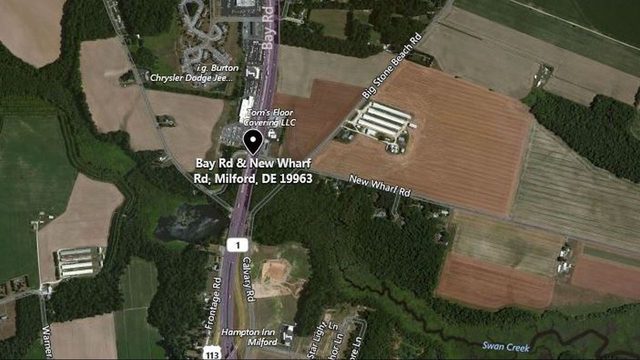 Another adult and on juvenile were apparently taken by EMS to Bayhealth Milford Hospital with non-life threatening injuries. Police say the driver of the tractor trailer was not injured in the crash.