A crash remains under investigation after authorities say a man was seriously injured in the Greenwood incident involving a motorcycle.

Delaware State Police say on Friday, a 22-year-old Harbeson man was driving a Kawasaki Sport Motorcycle westbound on Woodbridge Road, west of Adams Road. Troopers say the motorcycle was speeding with without a headlight on. At that time, police report that a 60-year-old Greenwood man was driving a 1999 GMC pickup truck eastbound on Woodbridge Road attempting to make a left turn onto a private farm lane.

According to the report, as the truck started to make the northbound turn, the left front headlight was struck by the motorcycle. Authorities say the motorcyclist then continued westbound in the grass prior to laying the motorcycle down in the ditch. The truck apparently came to a controlled stop in the area of the crash. 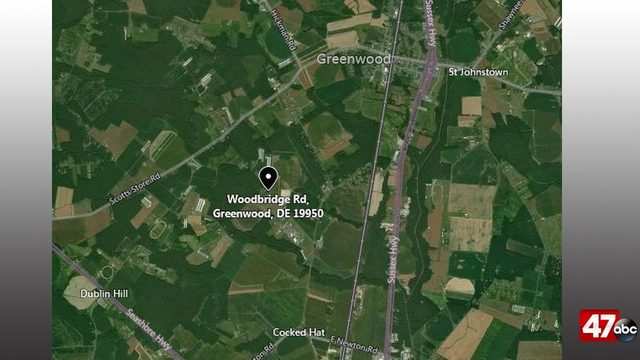 DSP says the 22-year-old operator of the unregistered motorcycle, who was wearing a Department of Transportation compliant motorcycle helmet, was initially taken to Nanticoke Memorial Hospital by the Greenwood Fire Company Ambulance. Due to the extent of the serious injuries, authorities say he was then taken to Christiana Hospital for further treatment. law enforcement reports that traffic warrant s are pending.

The driver was not injured as a result of the incident.

Woodbridge road in the area of the collision was impacted for approximately two hours as the crash was investigated and cleared.

This crash remains under investigation by DSP.

Anyone with information related the incident is asked to call Trooper C. Morris at Troop 5 at 302-337-1090.

Pakistani police: At least 9 killed, about 90 wounded in suicide bombing at a mosque in northwestern city of Peshawar