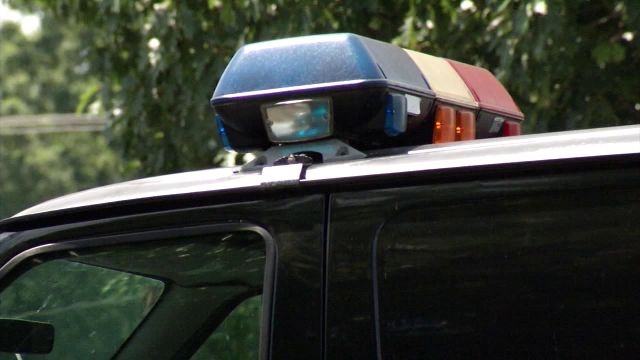 HARRINGTON, Del. – Harrington Police arrested a Maryland man over the weekend after he reportedly led officers on a vehicle chase.

At around 1:15 a.m. Sunday, an officer conducting traffic enforcement on South DuPont Highway in the area of Shaw Avenue saw a vehicle traveling 71 mph in a 35 mph zone. The officer then tried to stop the vehicle, which initially pulled over, but then accelerated and fled from officers. Officers pursued the vehicle, which continued to flee, committing several traffic violations.

A short time later, officers deployed stop sticks, and the vehicle came to a stop in a ditch on South DuPont Highway in the area of Reeve’s Crossing Road. We’re told the driver refused to get out of the vehicle and officers had to break a window in order to remove the driver.

It was learned through a computer check that the driver, 30-year-old Robert Moton, had a revoked driver’s license and was currently wanted by the Prince George’s Police Department on several outstanding warrants, including attempted second degree murder and assault on a law enforcement officer, among several other charges.

Police say Moton refused a chemical test for DUI. He was taken to a local hospital for a blood draw, then taken back to the Harrington Police Department, where he was charged with being a fugitive from another state, disregarding a police officer signal, resisting arrest, driving under the influence of alcohol, and several other traffic offenses. He was held at SCI without bond pending extradition back to Maryland.