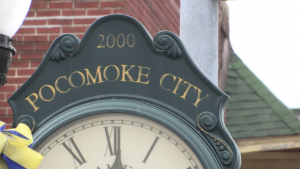 POCOMOKE CITY, Md. — With Halloween being a little over a month away, the City of Pocomoke has said they will not sponsor or endorse trick or treating this year.

Instead, city officials are leaving the decision up to its residents, but they are asking people to respect the preference of those who don’t want to.

The City is asking residents who are not participating, to simply turn off their porch lights or front door lights on Halloween. Meanwhile they’re urging anyone who decides to participate to practice safe social distancing and to wear masks.

Officials say its the responsibility of parents to ensure these measures are taken and they should accompany their children on Halloween. We’re told this decision is subject to change at any time, based on CDC updates and the Governor’s orders.