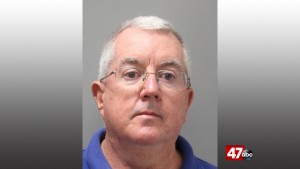 FENWICK ISLAND, Del. —  Former Fenwick Island Police Chief, William Boyden, has pleaded guilty to official misconduct and falsifying business records, after he allegedly falsified documents that allowed him to be a police officer.

The Delaware Department of Justice says Boyden was indicted in August, after knowingly submitting false reports to the Delaware Council on Police Training indicating that he had been certified in firearms between February of 2014 and March of 2020. Boyden, who resigned from his position earlier this year, had been Chief of the Fenwick Island Police Department for 13 years.

Boyden was charged with, and pleaded guilty to, one count of Official Misconduct and one count of Falsifying Business Records, both Class A misdemeanors. For each offense, he was sentenced to one year in prison, suspended for one concurrent year of level 2 probation, and issued a suspended fine of $100.

Officials say Boyden’s probation is dischargeable upon the completion of 100 hours of community service.  Boyden accepted responsibility at the first available Court hearing, and agreed to no longer work in a law enforcement capacity.