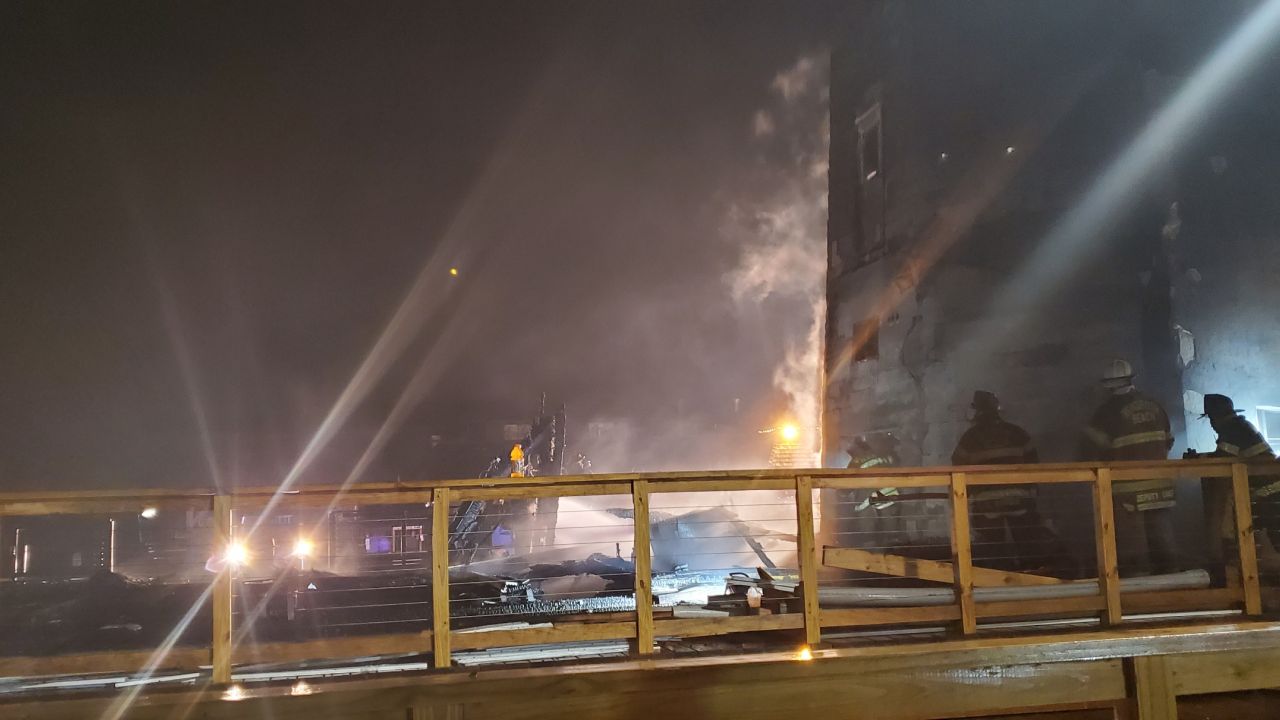 The Rehoboth Beach, Bethany Beach and Lewes Fire Departments all responded to the blaze on Dickinson Avenue at around 10 p.m. Witnesses on scene tell us the restaurant structure collapsed. We’re told the actual lighthouse is still standing, but it has some burns on its exterior.

The Lighthouse restaurant was under construction, they were set to open in the summer of 2020.

The cause and origin of the fire are unknown at this time. Fire damage has been estimated at $750,000.

The Lighthouse Cove Development Company released a statement on the fire Friday morning:

“We are devastated by the news of last night’s fire at the Lighthouse Restaurant in Dewey Beach. Thankfully, the majority of the damage was confined to the restaurant, and the remainder of the redevelopment, including the Hyatt Place hotel, Residences at Lighthouse Cove, and Lighthouse Cove Event Center, remain intact. Most importantly, there were no injuries sustained.

We are grateful for the incredible work displayed by our local firefighters and first responders in containing and preventing further damage to the property. The response was met by dedicated fire companies from Rehoboth Beach, Lewes, and Bethany Beach. This is a developing situation with limited details. We look forward to working with the State Fire Marshal’s office to investigate this terrible loss.

We are greatly appreciative of all the support we have received during this difficult time and will share more information at the appropriate time.”

Fire officials are asking anyone with information on this fire to call the State Fire Marshal’s – Sussex Division at 302-856-5600 or Delaware Crime Stoppers at 1-800-TIP-3333.

The Latest: 100s of bodies found buried on India riverbanks