Georgetown Police arrest woman for assault on an Officer 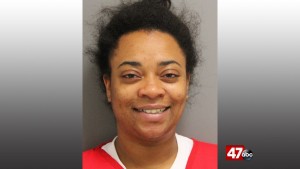 Police say they responded to a report of a domestic-related complaint at the Dunbarton Oaks Apartment Complex around 7:00 p.m. on Saturday. Upon arriving, officers say they contacted a 39-year-old victim who says the suspect, Erica Davis, had assaulted her.

Officers say they made contact with Davis, at which time she threw an alcoholic beverage that hit an officer on the leg. Davis again attempted to assault the victim, but was taken into custody. While in custody, the 29-year-old continuously spit towards and made attempts to assault officers. Davis was transported to Georgetown Police Department for processing and arraignment.

Davis faces a slew of charges including:

She was arraigned at Justice of the Peace Court and committed to Sussex Correctional Institution with a secured bond $23,100.