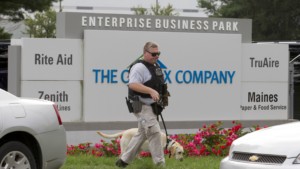 ATF police officer with a sniffing dog walks out the industrial complex in Harford County, Md., Thursday, Sept. 20, 2018. Authorities say multiple people have been shot in northeast Maryland in what the FBI is describing as an “active shooter situation.” (AP Photo/Jose Luis Magana)

ABERDEEN, Md. – A workplace shooting on Thursday, at a Rite Aid distribution center in Aberdeen, has left multiple people dead and several wounded.

According to officials, the call came in around 9:06 AM. Officers were reportedly on the scene around five minutes later.

She is the lone suspect and reportedly died of a self-inflicted gunshot wound to the head. Moseley reportedly used a 9 mm Glock, registered in her name but officials do not know her motive.

As of 12:05 PM, Harford County Sheriff Jeffery R. Gahler has stated that there is no longer any threat at the site of the shooting.

The Rite Aid facility employs 1,000 workers and manufactures and processes items for delivery to individual stores.

Further details have not yet been revealed as the situation is still under investigation. This article will be updated as more information becomes available. 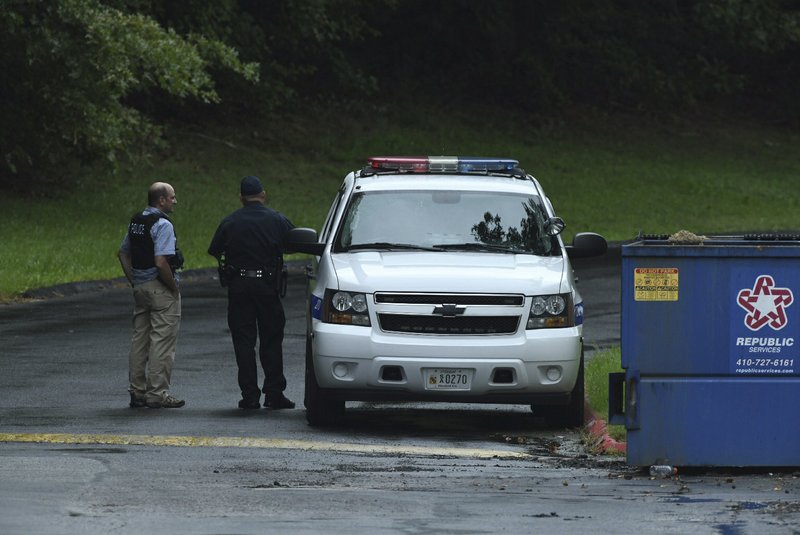