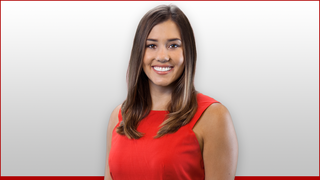 I’m so excited to join the 47 ABC news team! Although I’m new to the Eastern Shore, I’m not new to the state of Maryland. I graduated with a bachelor’s degree from the Philip Merrill College of Journalism at the University of Maryland, College Park. At Maryland, I was a four-year volleyball player competing all over the country. During my time at Maryland I wrote for an online school publication, The Campus Trainer, and later as a reporter for SB Nation’s Swish Appeal, covering Maryland’s women’s basketball team. In my last semester, I was a part of the journalism school’s Broadcast Innovation class where I anchored, produced, and reported for our various shows.

I was born and raised in Saratoga, California or in other words the Bay Area in Northern California. I’m a huge San Francisco Giants and niner fan as well as San Jose Sharks and Golden State Warriors fan (basically any and all Bay Area teams).

I have always been a big fan of journalism, in the fourth grade I pretended to be Oprah Winfrey interviewing my classmates. I’m passionate about people and love the chance to get their stories out for others to see.

While I’m not reporting for 47 ABC, I enjoy playing volleyball, indoor and beach, going to the beach, traveling to new places and hanging out with friends.
Feel free to contact me for any story ideas or feedback at anytime! You can also follow me on Twitter @DaniBozzini or on Facebook!

Lists promoting "black owned businesses" circulate, not everyone is in favor