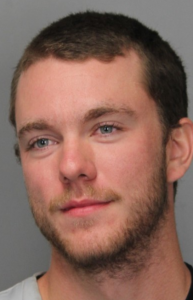 GEORGETOWN, Del.- Delaware State Police charged a 22-year-old, Delaware man, Saturday night after he allegedly pulled a handgun on another man at a haunted attraction.

Police said around 10 p.m, Jacob Sprout, who is an employee in the attraction at Screams On The Beach, allegedly pulled a handgun out on a 32-year-old male who was walking through the haunted attraction.

We are told the victim had an altercation with Sprout and during that physical altercation Sprout pulled out a handgun and pointed it at the victim.

Police said Sprout was taken into custody without incident.

Officers recovered a loaded 9mm handgun with 6 rounds in the magazine.

Sprout is charged with aggravated menacing and possession of a firearm during the commission of a felony.

Sprout was arraigned before the Justice of the Peace Court #3 and released on $25,000 unsecured bond.