Police: Man arrested for threatening people with a gun at a bar 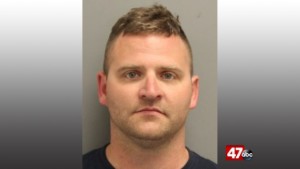 WOODSIDE, Del. – Delaware State Police say they arrested a Virginia man at a sports bar after he pointed a gun at people and threatened them, early Saturday morning.

Troopers responded to the Green Stinger Sports Bar and Grill, in the Woodside Plaza, around 1 a.m. They learned that Cameron Houck, of Virginia, was involved in a fight with several people in the parking lot. That’s when he reportedly pointed a handgun at the victims. He was also apparently intoxicated from alcoholic beverages.

He was arraigned before the Justice of the Peace Court and issued a no-contact order and preliminary hearing scheduled.